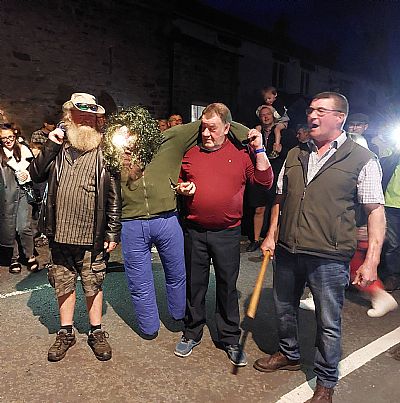 The church welcomed visitors to enjoy light refreshments, with the windows decorated in a variety of fun and inventive ways. The traditional Saturday afternoon cottage show at the Village Hall saw a bumper entry of bread, cakes, preserves, vegetables, crafts, and artwork, with a large attendance gathering to hear the winners announced following judging behind closed doors. With points awarded for being placed in various categories, the overall cup winner was Sandra Jones, with Finlay Brown the overall children’s winner. 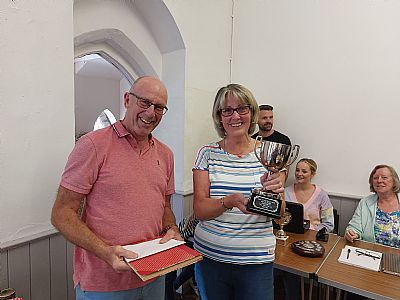 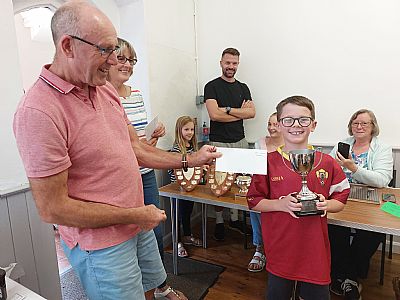 The Pen Hill Fell Race followed the show, with George Baker first home in a time of 34 minutes 13 seconds. George was also the first local home, with the first junior, Josh Dent, coming in on an impressive 29 minutes 26 seconds. Ben Spicer was the second junior and Ted Wilson came in third. First female home was Jess Young with a time of 43 minutes 12 seconds. The prizes were given out by Jeremy and Jane Stubbs, who have manufactured and donated commemorative fell race mugs for several years. 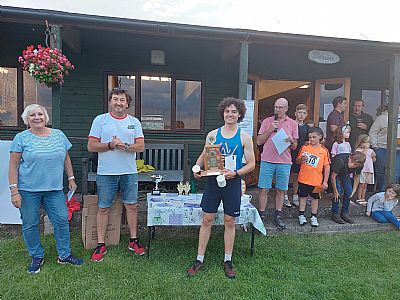 With the fell race complete the stage was set for the time-honoured tradition of the burning of Bartle. As usual, a large crowd gathered to process behind the effigy of the sheep-rustling Bartle, who was led to his fiery end by Colin and David Harker, with Gareth Robson leading the singing of the doggerel, supported by the gathered crowd.

All those involved in the organisation of the various weekend activities thank everyone for their support of another successful and enjoyable West Witton Feast.

The ancient ritual of Burning Bartle takes place every year in the village of West Witton near Leyburn, North Yorkshire.

At 9pm on the Saturday night nearest to the 24th August (St. Bartholomew's Day) a larger than life figure is paraded down the village main street accompanied by repeated chants of the Bartle doggerel.

When Bartle reaches 'his end' in Grassgill, he is set alight, accompanied by songs and cheers from the assembled masses.

On Penhill Crags he tore his rags

Hunters Thorn he blew his horn

Cappelbank Stee happened a misfortune and brak' his knee

Grassgill Beck he brak' his neck

Annually on the day of Burning Bartle. Meet outside the Fox and Hounds public house in West Witton at 10.30am for an approximate 2 hour walk along the lower slopes of Penhill to discover the mosaic trail telling the tale of Old Bartle. Suitable clothing for the day, dogs welcome with well-behaved owners.